Laura Wilkes has everything a woman could want when she snaps the picture of her five-year-old daughter on the carousel. Each time the carousel comes around Laura snaps another picture, seven in all. This is a day of unforgettable happiness; one of the few Laura has left.

In the months following the stock market crash the family is beset by tragedy. A homicide that goes unpunished. It’s the height of the depression and there are hoards of faceless, nameless men living in train yards and back alleys. The murderer is never caught but the family never gives up hope of finding him. Until….

Sometimes when I read a book I have a question in my mind. And especially with Beyond the Carousel by Bette Lee Crosby. It was about the title – why was it given this title? What did it have to do with the book? Well as it turns out it was  a good question to hold and I was fully answered as I read a long.  I actually had a second question, how is this one related to one or more of the other books I’ve read in this series. It has been awhile so I wasn’t sure if my memory would help – but enter – one memorable and loved detective met in book one, Jack – Spare Change.
This is a story that ranges over time from the early twentieth century, through the Depression times and on past the war. It is the story of a few generations of family, the joys and sorrows that befell them and the way they handled it.
Emory is a character who is in the story right through. He comes into some good fortune early on and it makes all the difference to his life and those around him. I liked him, he was loving and caring, hardworking and positive. He didn’t always get some things right immediately, but by listening to the women in his life, his were ultimately good choices. When he finally retires and for awhile loses his purpose in life it isn’t long before there are people and things to do that bring new meaning into his life.
Then there are the women in Emory’s life who bring him so much joy, they are wonderful homemakers on the whole and add very much to the story, as does the homes they live in.
It is left to Jack Mahoney to round off this enjoyable story. This is him before we met him in Spare Change,  his beginnings as a police officer where he met his wife all through some eggs, and an arrest. In this book too we see his dedication and fight for justice, as he manages to close a cold case.
While a little predictable and with not as much tension as in previous novels in this series, I certainly enjoyed the story and the family as they travelled through that first half of the twentieth century.

It’s 1946. The war is over. Millions of American soldiers are coming home and Benjamin Church is one of them. After four years of being away he thought things in Alabama would have changed, but they haven’t. Grinder’s Corner is as it’s always been–a hardscrabble burp in the road. It’s not much, but it’s home.

When Benjamin attends a harvest festival in Twin Pines, he catches sight of Delia. Before their first dance ends, he knows for certain she’s the one. They fall madly in love: happily, impatiently, imprudently, in love. It doesn’t matter that her daddy is staunchly opposed to the thought of his daughter marrying a cotton farmer, never mind a poor one.

It’s true Benjamin has little to offer; he’s a sharecropper who will spend his whole life sweating and slaving to do little more than put food on the table. But that’s how things are in Alabama. Benjamin is better off than most; he has a wife, a boy he adores, and a house that doesn’t leak rain. Yes, Benjamin considers himself a lucky man until the fateful night that changes everything.

Passing Through Perfect by Bette Lee Crosby is #3 in the Wyattsville series.  This is the story of Benjamin, his dad Otis, his wife Delia and his son Isaac. It has the warm depth of family weaving through its pages and sadly also discrimination is alive and active.
When the story opens in Alabama Benjamin has just returned from the war, he then works alongside his father to farm the land, a hard and sometimes rewarding work.  When he marries Delia they have a son Isaac.
Benjamin is a hard worker, he loves his family and they mean everything to him.  Life is full of struggles and challenges but when there is love you can get through.  However Benjamin also experiences loss and it is that experience that catapults him into moving north.
I loved meeting up with the Klaussners again and Paul and Ruby.  It was wonderful to see them so settled and happy and open to being good friends with Benjamin and Isaac.  I loved their loyalty, thoughtfulness and deep heartedness.  Really they embodied one path people can take in life, in my view the better path as opposed to those who were so bigoted.
This novel explores the best of family and the thoughtfulness and kindness toward strangers.  It also explores the discrimination that African Americans suffered at that time, and sadly has not yet resolved yet in today’s world.  A book like this highlights the need for a change of heart. So where is Perfect? Well read the book and find out. It’s a perfect title I do believe.

When tragedy strikes a West Virginia coal mining family, two children start out on a trek that they hope will lead them to a new life. Before a day passes, the children are separated and the boy is caught up in a robbery not of his making. If his sister can find him, she may be able to save him. The problem is she’s only seven years old, and who’s going to believe a kid?

Jubilee’s Journey is the second book in the Wyattsville series by Bette Lee Davis.  When I had finished Spare Change (#1) I thought that I had seen the last of Olivia and Ethan Allen and that outstanding Detective Jack Mahoney.  Not so, while this book is not totally about them, it does include them and that in itself immediately hooked me in.
This story really belongs to Jubilee and her big brother Paul.  They come from a small mining town where they have lost both parents.  Paul is like a mother and father and whole family to Jubilee, no one has had a better bigger brother. They arrive in Wyattsville seeking their Aunt – Anita their mother’s sister.  Before they can begin their search Jubilee and Paul are separated and Paul finds himself in the clutches of the police.  He just happened to be in the wrong place at the wrong time and with nobody to vouch for him.
Fortunately for Jubilee she is found by Ethan Allen and eventually lands home with him and Olivia.  Ethan soon takes over the role of big brother much to his grandma Olivia’s delight. Olivia drags Jack Mahoney into the whole mess and there is no one better.  If there was ever a true, caring go beyond duty cop it’s Jack.  However his efforts are thwarted by the policeman on the case – Detective Gomez who isn’t all that scrupulous.  However Jack Mahoney uses psychology when needed and manages to negotiate his way through.
There is a whole cast of characters who have their hearts in the right place.  Olivia’s friends in the apartment complex Clara and Seth and others rally to the cause.  Aunt Anita shows up and perhaps she is the one to take Jubilee and Paul in although Olivia has already fallen in love with them and is thinking maybe she could keep them.  As well there is Sidney Klaussner and his wife Carmella, happily married for thirty years and now faced with a life and death situation that sends Carmella off onto a judgemental path of creating havoc.  I was a bit annoyed with her until I owned my own occasional judgmental rants often totally lacking back up facts!
This story – told from a variety of viewpoints, celebrates people with large hearts, family, kindness and love.  It celebrates the truth and all that is good in people.  It celebrates the courage of the human spirit and the fight for what is right.  In short – a beautiful story. 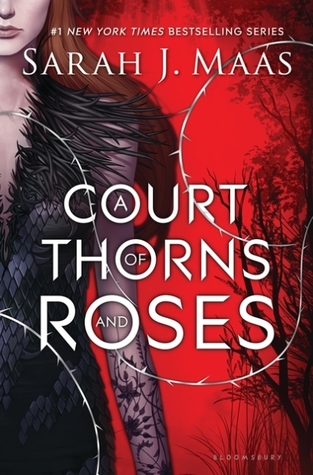