War is something that affects many. If you are like me so far you are lucky to have escaped. The closest I have come to it is a Grandfather injured in WW1. Fortunately my father was deaf and never saw active duty although he did join the air force during WW2. But war does have an emotional, physical, psychological and social impact on many. These books are all connected because of their link to war and the way in which they highlight these things.

Suitcase of Dreams by Tania Blanchard tells the story of a German family who emigrate to Australia to find freedom and new opportunities. They do eventually find that but they still carry with them the tensions of their past rooted in WW11.

Also impinging upon them are the horrors of the Vietnam war, again they are haunted by what war can do and its dreadful waste.

In Tides of Honour we meet Danny Baker a World War 1 soldier badly wounded and sent home. The loss of a leg in those times was even more challenging than it would be today. And not only that, what he has witnessed – seeing his friends blown apart has to have placed upon him a heavy burden.

Audrey, the woman he meets in France turns out to be someone who loves him and helps him battle the inner demons… until those demons become very challenging. It turns out that another disaster is a turning point for them.

The Spitfire Girls by Soraya M. Lane details for us the excellent contribution young women pilots in England and the USA made to WW2. They had to make their way among the world of men and public prejudice at time. But they worked on bravely in difficult conditions.

The Victory Garden by Rhys Bowen explores the upheaval of World War 1 and the far flung impact on the people in England. Hardly one family was left untouched by loss, and if not loss – men who return who are deeply scarred by the experience.  Class barriers begin to tone down, women take on new roles, in this case the role of land girls.

In The Military Wife by Laura Trentham  we explore modern war and its repercussions through the eyes of SEALS and their challenges and struggles with injury and PTSD. We also see the effects and challenges for their wives and family.

In 2019 have you read a book that could fit into this book connect? 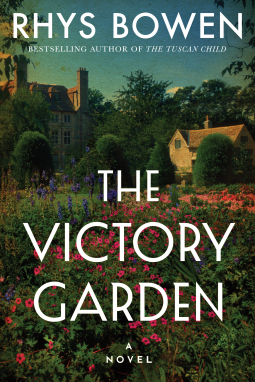 The Victory Garden by Rhys Bowen explores the upheaval of World War 1 and the far flung impact on the people in England. Hardly one family was left untouched by loss, and if not loss – men who return deeply scarred by the experience.  Class barriers begin to tone down, women take on new roles – and The Victory Garden gave me, the reader a taste of that.

Emily – the main character was someone I came to really like and admire. She is a middle class woman with a Judge as a father. Her mother is very cognisant of class and was rather a sad case to behold. Because they had lost their son in the first year of the war they kept a tight hold on Emily and would not allow her to help out in the war effort. And the question of them is – when the chips are down “Does family matter?”

When Emily turns twenty one though all that changes and she sets off to become a land girl. The work is hard, but she is willing to give it a go and in doing so forms meaningful relationships with women of lower class and means.

The story moves along at a good pace and I found myself picking up the book happily at any chance I had. I loved the journey Emily had to take to find herself and her place among community. And she is supported by a very likeable group of people. I don’t want to give away all that happens to her, so no more.

If you enjoy books about the English countryside, people banding together in hard times and a heroine who ‘comes of age’ then I think you’d enjoy this. 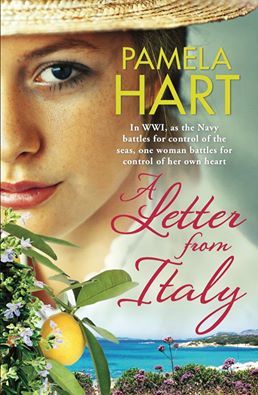 1917, Italy. Australian journalist Rebecca Quinn is an unconventional woman. At the height of World War I, she has given up the safety of her Sydney home for the bloody battlefields of Europe, following her journalist husband to the frontline as a war correspondent in Italy.

Reporting the horrors of the Italian campaign, Rebecca finds herself thrown together with American-born Italian photographer Alessandro Panucci, and soon discovers another battleground every bit as dangerous and unpredictable: the human heart.

A Letter From Italy is set in Italy during World War 1. Rebecca an Australian, has arrived with her husband Jack Quinn to report the war to an English and Australian newspaper. It is still a time when women news correspondents were really not in existence or not accepted. Rebecca comes from a family where women’s rights were strong, her mother an active suffragette. The Italian attitude to women comes as both a bit of a shock and a challenge to Rebecca.
Rebecca is a strong woman, with flaws, but passionate about her work. She is determined to prove herself and report what she sees and hears about. She is relentless in her pursuit of what might make a news story and report to those at home what is going on. And she does so with a woman’s heart and compassion.  Along the way she learns how her husband Jack is not all that she first thought, which brings out actually the best in her.
Along with Rebecca we meet Sandro, or Al as he is known back in New York. He is helping out his Nonna, Nonna Rosa a woman with a story of her own I am sure. Sandro has been unable to join the war efforts and up until now has struggled with it. But alongside Rebecca he finds something that he can accomplish and so participate in the war effort.
The story is really well told, small details make it feel like a factual, real account. We meet some of the actual heroes in that war and witness the pain and loss of the young men that went off to fight that war.
As well Italy is brought to life, the countryside, the food, the people and their way of life at that time.
Well worth the read.  Once begun hard to put down.
About the Author

Pamela is an award-winning author for adults and children. She has a Doctorate in Creative Arts from the University of Technology, Sydney. Under the name of Pamela Freeman she wrote the historical novel The Black Dress, which won the NSW Premier’s History Prize for 2006. Pamela lives in Sydney, with her husband and their son, and teaches at the Australian Writers’ Centre. A Letter From Italy is her thirtieth book.
Find her at her website Pamela Hart
Follow on WordPress.com