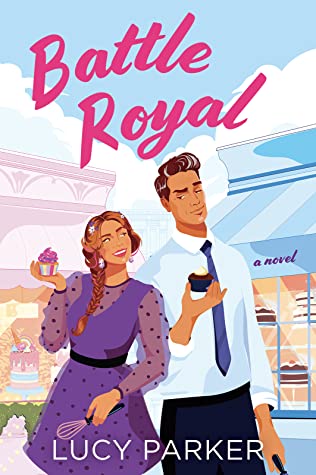 Ready…Four years ago, Sylvie Fairchild charmed the world as a contestant on the hit baking show, Operation Cake. Her ingenious, creations captivated viewers and intrigued all but one of the judges, Dominic De Vere. When Sylvie’s unicorn cake went spectacularly sideways, Dominic was quick to vote her off the show. Since then, Sylvie has used her fame to fulfill her dream of opening a bakery. The toast of Instagram, Sugar Fair has captured the attention of the Operation Cake producers…and a princess.

Set…Dominic is His Majesty the King’s favorite baker and a veritable British institution. He’s brilliant, talented, hard-working. And an icy, starchy grouch. Learning that Sylvie will be joining him on the Operation Cake judging panel is enough to make the famously dour baker even more grim. Her fantastical baking is only slightly more troublesome than the fact that he can’t stop thinking about her pink-streaked hair and irrepressible dimple.

Match…When Dominic and Sylvie learn they will be fighting for the once in a lifetime opportunity to bake a cake for the upcoming wedding of Princess Rose, the flour begins to fly as they fight to come out on top.

In this royal battle, can there be room for two?

I have long wanted to read a Lucy Parker romance novel to see if I would like it. Battle Royal was my opportunity. It is definitely an enemies to lovers kind of story and anyone who has watched TV series that involve competition and baking will most likely be interested.

Dominic and Sylvie are interesting characters with childhood backgrounds that have had a big influence on their lives. I loved the little scenario of Dominic and his sister when he was thirteen. Of course they are grown now and I have to say Pet really intrigued me. I think her story will be fascinating and with royal links, will make it very readable.

Battle Royal is well written and involves many facets that I am sure romance readers will love. If you are interested in royalty ( I am) that’s another drawcard. However a British Prince Patrick?? Really the most unlikely name ever! It’s too Irish and Catholic!

Was the book for me? No, not really. First of all the tone is one of romantic comedy with smart writing but it sort of held me, the reader, at arm’s length from the characters. And they do have moving stories. I just didn’t get emotionally involved until way into the book. The plot seemed to weave about a bit and I was a little bored here and there.

There are a lot of “f” bombs and open door bedroom scenes so be warned if that’s not your thing.

I have to say I am tempted to take a look at the next book in the series – the characters and the whole family aspect, plus true royal love are very much a plus. 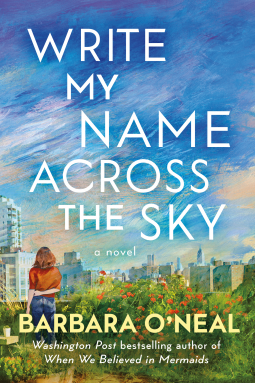 Life’s beautiful for seventysomething influencer Gloria Rose, in her Upper West Side loft with rooftop garden and scores of Instagram followers—until she gets word that her old flame has been arrested for art theft and forgery, and, knowing her own involvement in his misdeeds decades earlier, decides to flee. But that plan is complicated when the nieces she raised are thrown into crises of their own.

Willow, overshadowed by her notorious singer-songwriter mother, has come home to lick her wounds on the heels of a failed album and yet another disastrous relationship. Sam, prickly and fiercely independent, is on the verge of losing not only her beloved video game company but the man she loves, thanks to her inability to keep her always-simmering anger in check.

With the FBI closing in, Willow’s career in shambles, and Sam’s tribulations reaching a peak, each of the three woman will have to reckon with and reconcile their interwoven traumas, past loves, and the looming consequences that could either destroy their futures or bring them closer than ever.

Write My Name Across the Sky  is the story of two sisters, who have had a rather challenging upbringing. Both of them are at tough points in their lives now.

Sam is a creator of video games, but her company is failing and she has fallen out with her best friend Asher. She seems to be a little bit of a loner and really when it comes to some people in her life, has a very sharp tongue that wounds the chosen recipient.

Willow is a talented musician but her life is down in the doldrums as well. She is a gentle, caring person and I liked her.

Gloria their aunt has looked out for the two and lives in the apartment their mother bought from her days of music fame. She loved being a world traveller but some involvement in an art scam years back seems to be catching up with her.

It took me a little while to get engaged with their lives but very soon I was very involved and wanting to know what would happen to them. And I loved that New York apartment. At the end I think prickly Sam turned into someone I was cheering on.

A warm hearted story of sisters and their aunt, the past catching up with each and a new and better future possible. I really liked the choice of facing up to past mistakes and moving on. 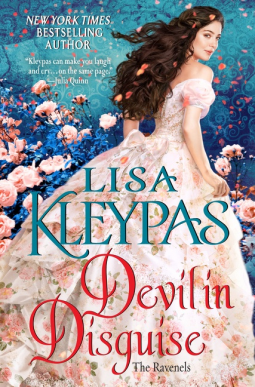 Lady Merritt Sterling, a strong-willed beauty who runs a shipping company, knows London society is dying to catch her in a scandal. So far, she’s been too smart to provide them with one. But then she meets Keir MacRae, a rough-and-rugged Scottish whisky distiller, and all her sensible plans vanish like smoke. They couldn’t be more different, but their attraction is powerful, raw and irresistible.

From the moment Keir MacRae arrives in London, he has two goals. One: don’t fall in love with the dazzling Lady Merritt Sterling. Two: avoid being killed.

So far, neither of those is going well.

Keir doesn’t know why someone wants him dead until fate reveals the secret of his mysterious past. His world is thrown into upheaval, and the only one he trusts is Merritt.

Their passion blazes with an intensity Merritt has never known before, making her long for the one thing she can’t have from Keir MacRae: forever. As danger draws closer, she’ll do whatever it takes to save the man she loves . . . even knowing he might be the devil in disguise.

Devil in Disguise by Lisa Kleypas was utterly delicious. A novel I read in a day it was so entertaining.

Merrit and Keir make a fantastic couple. Of course Keir is from Scotland and makes the best whiskey, he lives simply and is a plain honest man. Merrit is the daughter of a Duke and a business woman herself as her husband has died and she is in charge of a shipping business.

I loved that we are meeting a new generation of characters, having been an avid reader of the Wallflower series. Getting acquainted again has made me want to go right back to the beginning and start all over again.  Although if you haven’t read them, you could still read this as a stand alone. But … would be a treat if you haven’t already sampled them.

In this book we have a sexy couple, some intrigue, lots of family and witty dialogue. All key traits of Kleypas’ books. I would have been happy to read on and on with this couple. I want more and more…!

Well it seems I am more out of sync than usual for the Goodreads Choice Awards. I have read even less of them this year. And usually I don’t vote unless I’ve read them. This year I broke that and voted for one I am currently reading and one that comes out late November. 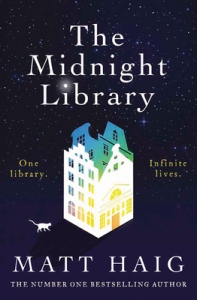 I am reading this at present. I think it will hold up – it has a theme of all the choices unchosen in life and what would it look like if you had gone down that path. The heroine is depressed and with no felt sense of any purpose in her life decides to end it. Instead of ending up dead she lands in the in-between of a library that is going to enable her to examine the choices she didn’t make. 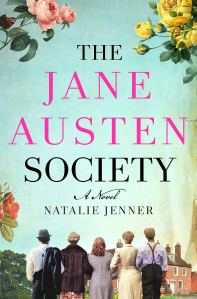 I read this via audiobook and I think because I read it in this format that I fell for it. It really put me on a Jane Austen path – I loved the setting – the time … just at the end of WW2 and the various characters just took hold of my heart. The narration by Richard Armitage was superb. And that’s saying something because I am not that keen on a male narrator but he nailed it. I also voted for this one in the Debut section. 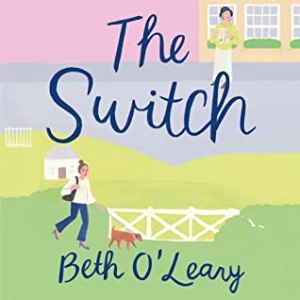 I had also read Beach Read in this category but I liked The Switch a lot more. Again I think because I read it via audiobook and that aced it for me. It’s fun, interesting characters and was well narrated by two narrators. Had a great older character too. 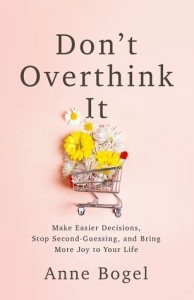 With wonderfully real examples Anne Bogel depicts the over thinking that many of us engage in (from time to time) and gives us tips to manage this little habit that robs us of energy and time. In one place it had me chuckling out loud. Anne doesn’t spare herself.

It’s a book I’ll dip into again, exploring some of her references as well. 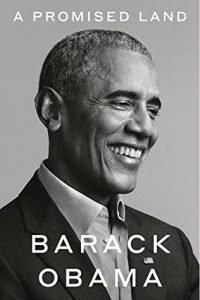 Okay this is the one that I haven’t read but voted for anyway! I plan to read it and will most likely do via audiobook.

If it is as good as his wife’s book then it should be interesting, informative and most likely entertaining as well.

Have you read any of the Goodreads Choice books. Did you vote in the semi final round? 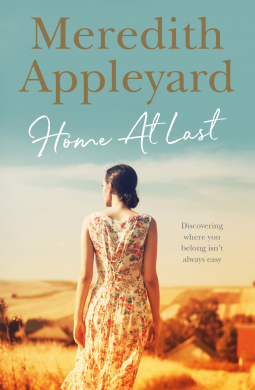 I chose to read this book because I’ve always had a fascination with the Flying Doctor Service in Australia. I think it goes back to the years of radio when when there’d be stories that involved this incredible service.

Anna comes back to Broken Hill as a pilot for the FDS. I loved that gender roles were reversed in this novel. Anna is a very competent pilot, has had a challenging life but always seems to make something work.

She meets up with one of the FDS nurses – Nick and a relationship develops. However for both of them there are issues especially that of trust that makes things rough going for awhile. Nick has his own baggage and it all takes some time to be worked out.

The flying doctor service aspect did not disappoint, the author’s own experience of nursing with the FDS made for very authentic situations. I loved the Australian rural setting, a couple of the minor characters added some fizz to the plot.

The story deals with issues of parenthood, ageing parents, having work that is satisfying and of course working out a relationship. A good read. 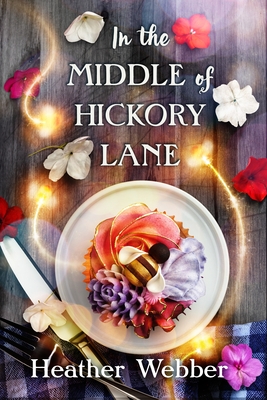