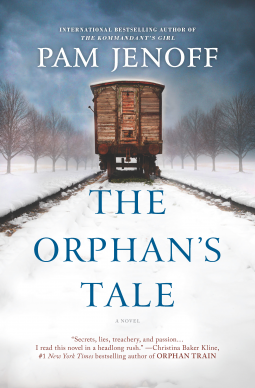 Seventeen-year-old Noa has been cast out in disgrace after becoming pregnant by a Nazi soldier during the occupation of her native Holland. Heartbroken over the loss of the baby she was forced to give up for adoption, she lives above a small German rail station, which she cleans in order to earn her keep.

When Noa discovers a boxcar containing dozens of Jewish infants, unknown children ripped from their parents and headed for a concentration camp, she is reminded of the baby that was taken from her. In a moment that will change the course of her life, she steals one of the babies and flees into the snowy night, where she is rescued by a German circus.

The circus owner offers to teach Noa the flying trapeze act so she can blend in undetected, spurning the resentment of the lead aerialist, Astrid. At first rivals, Noa and Astrid soon forge a powerful bond. But as the facade that protects them proves increasingly tenuous, Noa and Astrid must decide whether their unlikely friendship is enough to save one another — or if the secrets that burn between them will destroy everything.

The Orphan’s Tale by Pam Jenoff was a very moving read. Yes a little reminiscent of that powerful book The Nightingale by Kristin Hannah, however very different in its own right.
The two women – Astrid a Jewish woman hiding and sheltered in a circus and Noa a younger woman who was cast out from her home in the Netherlands when she became pregnant. When Noa stumbles into the care of the circus the two women forge a special relationship. They were both very strong each in their own way and I really liked them both. While it took them some time to come to an understanding, once they did the bond, the loyalty and trust knew no bounds.
Life in the circus was fascinating. The courage of the circus to keep on going in such hard times, the hard work, the strong links to circus life that Astrid had and her love for and ability with the aerial work all drew me in. She lost her first husband and when she meets another in the circus, his choices certainly put them in danger.
The harsh life that these people lived in, never knowing when the Gestapo would haul them away, the shocking event of a boxcar full of children being transported by the Nazi is horrifying, and yet based on truth that needs to be shared and told.
The story opens with an old woman making her escape from a rest home in the USA and attending a celebration of the circus in Paris lays down the mystery. Who is she? Astrid or Noa? There are clues and false clues and one clue soon became apparent as to whom the person is.
This was a book that once I started to read I couldn’t put down. Beautifully written, very emotional and well worth reading.