Well some days of rain, and one or two sunshiny days. Those days took me outside to do a bit of weeding and admire the freesias beginning to flower. Signs of Spring! The winter veggie garden needs digging in, in preparation for potatoes. If all goes well I’ll have some help with that. So plenty to keep me occupied when I am not reading!  Makes me sound like a gardener, but I am not really, just a basic one!

Life and Other Inconveniences was a good read.  A Thread of Truth was okay but a little wordy but I hung in because of the quilting link and Waiting for Tom Hanks just really wasn’t my kind of read. I think I am not a Rom Com reader!

I like Barbara O’Neal’s books and she has set this one in New Zealand, so a little bit of extra fun seeing what she has highlighted.

I have almost finished listening to The Shell Seekers by Rosamunde Pilcher, has been a bit of a mission but enjoyable. Listening is always a great way to do a reread, and really I had totally forgotten the story.

A review book then a library book. 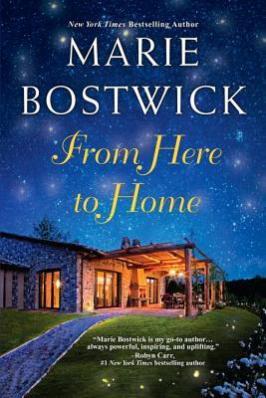 Mary Dell Templeton prefers the quiet charms of Too Much to the bright lights of Dallas any day. She’s relieved to be moving back to her hometown–and bringing her cable TV show with her. There are just a couple of wrinkles in her plan. Her son, Howard, who is her talented co-host and color consultant, and happens to have Down syndrome, wants to stay in Dallas and become more independent. Meanwhile, Mary Dell’s new boss hopes to attract a different demographic–by bringing in a younger co-host.

What Holly Silva knows about quilting wouldn’t fill a thimble, but she’s smart and ambitious. Her career hinges on outshining the formidable Mary Dell in order to earn her own show. Yet as Holly adapts to small-town living and begins a new romance, and Mary Dell considers rekindling an old one, the two find unlikely kinship. For as Mary Dell knows, the women of Too Much have a knack for untangling the knottiest problems when they work together. And sometimes the pattern for happiness is as simple and surprising as it is beautiful…

From Here to Home was an engaging and fun read, with plenty to think about along the way. There was a wide variety of characters – it took me a little while to get my head around them all. However once I got them all sorted I was into it.
Marie Bostwick has written a small town romance, with the addition of a Texas country feel to it and just a touch of quilting which of course endeared the book to me. The is a follow up to a previous book about Mary Dell and Howard, and while I will go back and read that at some point, it didn’t really hinder my enjoyment of this one.
Mary Dell is a quilter, ranch owner and owner of a quilt shop and presents a TV Quilt Show. Rather busy! Her thirtyish son Howard is a co-host of the show, he has a flare for color and is gifted in art and design. He is now wanting to expand his horizons and become more independent, which just might break his mother’s heart. Mary Dell has a new suitor on the block, he is keen to take the relationship further, but… Mary Dell is still married to Donny, even though she hasn’t seen him for decades.
Holly is the young woman who is assigned by the network to co-host with Mary Dell on the show, when they want to just get rid of the show and make it fail. However Holly is a really nice person and is soon genuinely involved in the local life. She has a love for horses and one in particular. And soon she is also feeling an attraction for a Afghanistan veteran, who has many problems and challenges with the residue of war.
The was a warm, witty story that also addressed issues like Down’s Syndrome, divorce, mother-daughter relationships, old age and more. A delight to read. 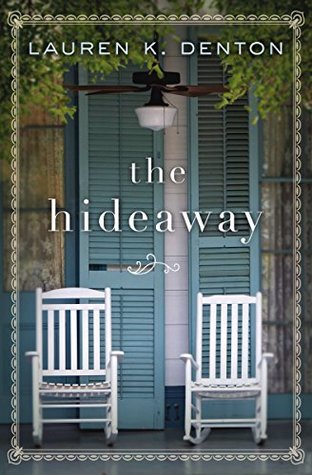