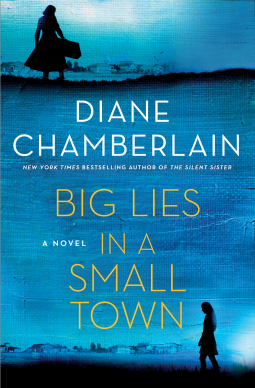 If you ever had any doubt that you must let go the past so that you can move into the future then this book will certainly convince you of it being so true.

Morgan Christopher has the huge task of restoring a mural painted by Anna Dale in 1940. Morgan has been unfairly in prison for the past year, because of a boyfriend who was a coward. This is an opportunity for her, although she knows nothing about restoring painting. Plus there is a time limit. And why did the well known artist Jesse Williams name her as the person who must do it?

Anna Dale has been given the task of painting the mural in Edenton  to hang in the post office. She moves there for awhile while she paints it so that she can get a feel for the place, its history and people. A few young students help her, Jesse among them. Anna has come from the north and is rather wondering of the racist ways still present here in this town and she is to run up against it in unpleasant ways.

The less said about the plot the better. It needs to unfold for the reader so that you have an opportunity to see it play out before your eyes. The story is told between Anna and Morgan. The chapters are short, so this time I could easily live with the dual time line. There was no time to miss one character because I was speedily back with her. As well, their stories of working on the mural and the mystery it presents links up so seamlessly.

I loved this book. It held me in its thrall all the way through. There is mystery, challenge, injustice, racism and violence – but not too much, just a taste. The characters of Anna and Morgan – nothing not to love. Jesse was another who in the ’40’s I cheered on. And his family.

All I can say is don’t miss out on this one. I wish it went on much further, but maybe Diane Chamberlain knows where to stop! 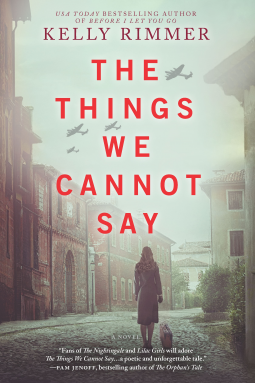 In one time space we are taken to Poland in the early times of Nazi occupation during WW2 and to the story of Alina and Tomasz and their families. Those times were horrific and yet the bravery of these people stand out as they dealt with the terror.

In the present we have Alice and Wade and their two children – one very intelligent and one who is on the autism spectrum. The stresses in the family are well depicted and felt very real. When Alice is asked by her grandmother to return to Poland to seek information about what happened back then and who is there now, it is a huge challenge for her.

The dual time lines worked well. While I am not a huge fan of dual time lines, I have to admit the way the details were spread throughout the story was very effective.  I was sucked into both stories – one shocking and so hard to read, one “easier” but with its own difficulties.  And always such love.

Its very emotional and tissues were needed! I came to love and admire all the characters and to be in awe of the story telling power of Kelly Rimmer.